"I'm All Over The Place"

TBEX Jerusalem -I made my father proud.

I call myself @mybigfatmouth on Social Media…for good reason. Maybe sometimes, it’s a little too big, but that’s another story.

Here’s a story about one of my tweets was heard WAYYYYY across the world. In Jerusalem, Israel…of all places.
My tweet was heard by Mordecai Holtz, who describes how my tweet was the impetus for Jerusalem to become the host city of TBEX, the largest Travel Blogger Conference in the world.
Because of this little shidduch* that was made, I was invited to speak at TBEX about shmoozing and being a first timer at TBEX. 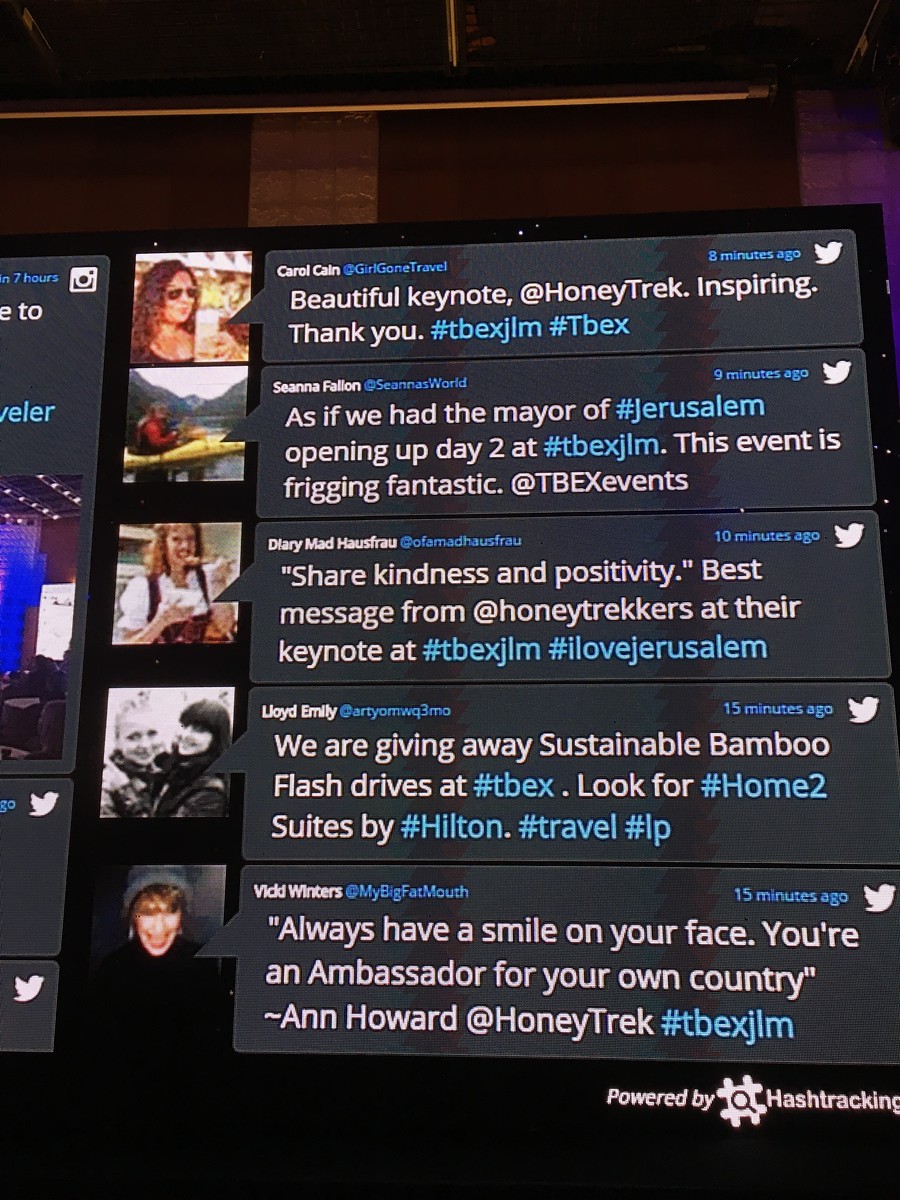 Israel is an almost indescribable place.

Filled with rich history, multi cultures and religions, Jerusalem was my father’s favorite place in the world.

When he visited Israel back in the 1980’s, Lowell had purchased a necklace that was a little gold piece of “The Wall” which he wore proudly around his neck until the day he died.
I’ll never forget removing it from around his frail neck, the night that he passed away.
When I got ready for my trip, I made sure to put it around my neck. I wore it close to my heart during my entire trip, and knew that both he and my mother were kvelling* from heaven as they saw me running around enjoying their beloved state of Israel.
And wouldn’t you know it, a cosmically spiritual thing happened to me when I was there.
I was minding my own business, when all of a sudden a FACEBOOK memory popped up on my phone……..from the year that my father died which was one of the last times that I saw him….

My father Lowell was now MAGICALLY with me right there in the Holy Land and boy was he proud of me.


Now for the funny part.
In case you’re wondering how long it takes to get to Jerusalem, check out the LONG ASS FLIGHT and first night in Israel in this snapchat story.

Have you been to Israel? Was it everything you thought it would be? Or more? Let me know in the comments below.

Thanks for being my guest on The Vicki Winters Show.

Winters, a Bucket List Boomer has been living life to its fullest.

She can usually be found riding her bike around NYC or on some interesting adventure, somewhere around the globe.